In 2018, about one in four persons on earth were overweight or obese. This makes obesity a dramatic epidemic in many countries. Whether an individual has extra kilos is determined by the Body Mass Index (BMI), which is calculated by dividing the body weight by the square meter of the height. When BMI equals or exceeds 25 we talk about overweight and when it is equal to or higher than 30 we talk about obesity. In all cases, the process is the same and is due to an unbalanced diet that leads to the storage of fat in the body.

Overweight and obesity are not dangerous themselves, but they are risk factors for other diseases like cardiovascular diseases. They can worsen some conditions such as diabetes as well.

The good news is that they are reversible and preventable. Indeed, weight-loss strategies with proven efficacy include sports activity, decreasing fat intake and surgery in extreme cases. Increasing evidence suggests that a ketogenic diet is effective for weight loss too.

WHAT IS A KETOGENIC DIET?

Ketogenic diet or keto diet has one main principle that is a very low carbohydrate intake and a high fat intake. In simplified terms, this means favouring oily fish such as salmon, unprocessed cheese, butter, nuts and seeds, unsaturated fat-containing oils like olive oil and coconut oil, avocado and low-carbohydrate vegetables, including tomatoes, onions, paprika, and zucchini for instance, against high carbohydrate food such as root vegetables, grains, fruits and processed sweet products like fruit-juice, candies and ice-cream. Some high protein food like beans and legumes are to be avoided as well.

Alternating carbohydrates with fat will make the metabolic shift to a mechanism called ketosis. Ketosis occurs naturally in the body, during a night of sleeping, pregnancy and intense physical activity for example. However, it is exacerbated on a keto diet. Ketosis starts when all the glucose available in the body to produce energy is consumed. At this stage, the stored fat is released and metabolised into ketones, also called ketone bodies, to produce the energy our organism needs to function. This is what is generally known as “burning the excess of fat” and the release of ketones in the blood gives its name to ketosis. If the diet was protein-rich, the body would have used the protein’s amino acids to turn them into glucose. This would have decreased the amount of fat burned.

In contrast with the pathological diabetes ketoacidosis that can lead to coma, the nutritional or physiological ketosis induced by the ketogenic diet is known to be moderate as the blood ketone levels are relatively not that high. In fact, they are just enough to be actively used by the brain instead of glucose. In addition, there is no successive acidification of the blood that used to occur in diabetes. Therefore, the ketogenic diet has a relatively safer metabolic process.

Although sharing the same basis of low carbohydrates and high fat, different types of ketogenic diets exist, and they are slightly different compared to each other. The proportion of carbohydrates, fat and proteins could be at the origin of this difference, but also the nature of these nutrients and the type of food involved.

HOW DOES THE PROCESS WORK?

The most common explanation of weight loss induced by the keto diet is that in the absence of carbohydrates, the body mobilises fat, including the excess stored, as a source of calories to the body. Other explanations are currently discussed by scientists. One is that the metabolism of the dietary proteins takes a lot of calories, which leads to the use of the body fat to cover the needs, which in its turn leads to weight loss. Another hypothesis is that the consumption of the proteins in the diet leads to feeling satiated and a loss of appetite which induces a weight reduction. Yet another explanation suggests that anorexia is induced by ketones themselves when used by the brain.

BENEFITS OF THE KETO DIET ASSOCIATED WITH WEIGHT LOSS

The ketosis signs. Although many signs count among the benefits of a keto diet, there are some which may be unpleasant. In fact, ketones are very volatile compounds that could lead to a bad breath smell. They are partly eliminated through sweat giving it a specific and potentially unwanted odour.

Digestive side effects. The most common digestive symptom is constipation, but diarrhoea can occur as well.

The keto flu. Occurs during the first week of starting the keto diet, depending on the individual’s response. The symptoms are temporary and include headaches, fatigue, irritable mood, difficulty concentrating, demotivation, dizziness, nausea, muscle cramps, and heart palpitations among others. These symptoms are due to the body’s adaptation to using fat instead of carbohydrates as the main source of energy, which in the beginning leads to water and sodium loss in the urines, causing dehydration responsible for the keto flu symptoms. After this “hard time” more energy can be expected.

Ketoacidosis. Recognizable by a series of symptoms that include confusion and tiredness, digestive signs such as pain and vomiting, dryness and thirst, and fast breathing.

Long-term side effects. May include kidney stones and osteoporosis, and nutritional deprivation.

TIPS FOR EFFECTIVE AND SAFE WEIGHT LOSS ON A KETOGENIC DIET

If you have diabetes, high blood pressure, abnormal kidney function, or you are pregnant or breastfeeding, the keto diet might be unsafe for you. Better to seek the advice of your treating physician and/or a nutritionist.

If you suffer from the keto flu, you can take salt and water to relieve the symptoms. If it does not work, try to temporarily increase your fat intake in such a way that you feel satiated. This will help boost your mood and give you more energy. You can alternatively lower your carbohydrate intake gradually.

Planning your meals is a good way to organize your shopping and make sure that you reach your dietary goals.

Do not neglect fibres in your diet. This will ease digestion and make your diet balanced.

In the beginning of the diet, you can start slowly to help your body adapt. For instance, you can gradually decrease the carbohydrate portion until it meets the dietary requirements and you can start with a low-intensity to moderate-intensity physical activity and increase it over time so that you avoid additional stress on your body. The same goes with stress due to hunger or eating too much at the beginning of the diet. If you feel hungry, eat what is recommended in the diet and do not blame yourself for the quantity you ingest. This will avoid worsening the keto flu symptoms and it is just a matter of time before your body finds the right balance.

The return to a normal diet should also be progressive and controlled. The diet period goes from 2-3 weeks for a minimum ketosis effect to 6-12 months for optimal safety.

Recognise the ketosis and ketoacidosis signs and measure your ketosis. There are many testers available in the market that allow you to know how many ketones you have in your breath, blood and urines. This way, you have the chance to get your ketosis at a level that allows optimal but safe weight loss.

Reach out today to learn how we can help you look and feel younger, thinner, and happier in your own skin. Book a free consultation. 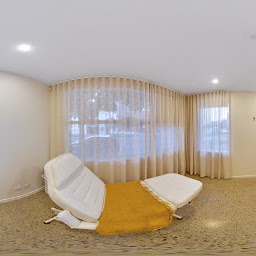 Adelaide McDonald
I’ve had many treatments at Peche and the team is excellent. Taylah is especially knowledgeable and very professional! Highly recommend.
Read more

Vanessa Tulenew
From the moment I entered Peche Medispa in Mooloolaba, I felt an overwhelming sense of calm. Jess was so kind, professional, knowledgeable, and attentive. I am extremely happy with my results following 2 x fat freezing on my abdomen. Thank you Jess for helping me regain confidence to feel good in my own skin! I look forward to visiting again soon and targeting the next area!
Read more

Claire Cunningham
Miranda was so nice and lovely and answered all my questions and made me feel so comfortable! Will definitely be back for anything else!! They were fantastic and I'm so pleased with the results
Read more

Dani Morrow Dental
Wow, where to begin- I had my consult with Jess who was so professional and knowledgeable about fat freezing, she covered absolutely everything and was so engaging that I felt so well informed on leaving and booking my actual appointment. A week later I arrive for my Fat freezing procedure and was greeted by Taylah who was so positive and polite she made me instantly relax and made me laugh with positive banter and was just an over all gem. She conducted the procedure in an efficient and confident manner. While it's only a week on so I haven't processed a change as yet I am so impressed with Peche both the team and procedure! Can't wait to see the ladies again for my 12 week review. Thanks ladies xx
Read more

T Arndt
Peche Medispa and Taylah are absolutely wonderful - the spa itself is so inviting, and relaxing, and in a conveniently located near Gasworks. Tayla was so warm and welcoming, right from the start. She has made me feel very comfortable and well taken care of. She follows up during the treatment and post treatment which makes you feel so supported. Encouragingly, I've had good success with my specific treatments as well, and the treatment itself is well priced. I fully recommend them! Thank you Peche and Taylah! xx
Read more

Luc H
I have had the best experience at Peche! Taylah was so wonderful and made me feel so comfortable. I am so grateful for Taylah’s professionalism and kindness, she is the best! I am beyond happy with my results! I definitely will be back and would strongly recommend!! Thank you so so much!
Read more

Maryjoe Gonzalez Garcia
Jess from Peche Medispa in Mooloolaba , was great being positive through out the treatment which really helps when you are not feeling comfortable in your own skin. I got the fat freezing treatment and the results were amazing. ! Definitely recommend the treatment. Thank you!
Read more
CALL NOW